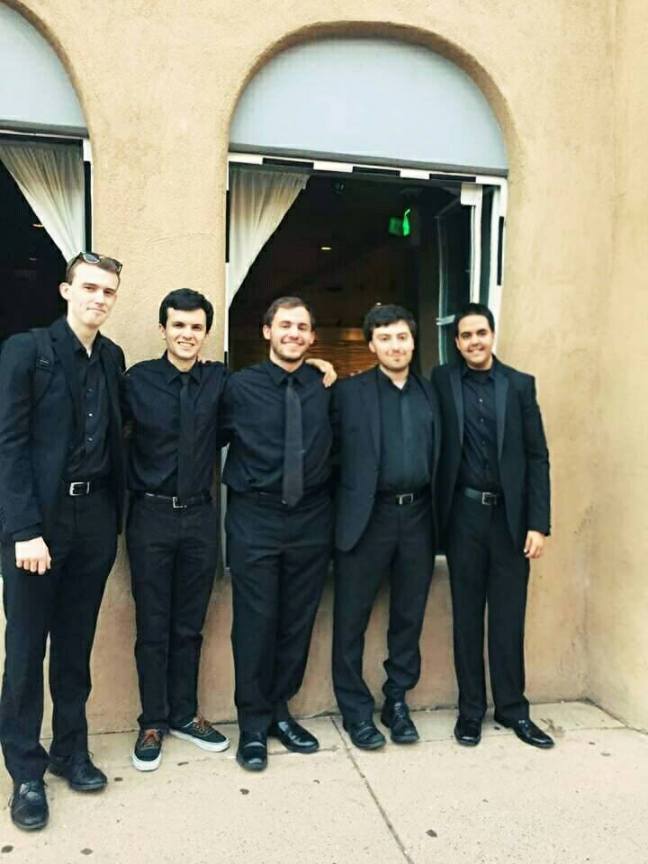 At this point in the scenario, suppose your group has a few gigs and is ready to hit the road. Whether you’re on tour or just around town here are a few things to keep in mind:

1) Idiot-proof your own setup

To quote my dad again, you never want to be unwrapping a new cable or testing out a new amp at the gig. Before you load up the car, make sure that the equipment you have is 100% reliable. If it’s not, Murphy’s law will make sure that you’re on the bandstand the one time your gear doesn’t work. I have found this to be especially true with cables, which might work if you “jiggle them” a little at home but won’t work when you’re depending on them most. Do yourself a favor and replace those items before they actually die on you.

My dad brings a giant grey suitcase labelled “OS” to each gig, and I’ve always wondered what it was. During our recent conversation, he revealed to me that “OS” stood for “oh shit.” It contains everything needed for problem-solving, whether it be a broken mic or bad outlet. His kit is probably more extensive than you’ll want yours to be, but here are some items it contains:

The kit serves essentially the same function as a spare tire in a car. In fact, you can probably just leave it in your car and almost forget it’s there until you need it. Chances are that someday one of your band mates will forget to bring an outlet strip and you’ll have an extra, making you the hero of the day. No matter what you decide to put inside, it’s definitely worth having. It makes you look (and often sound) more professional.

3) Have your music “together”

I was terrible at this for the longest time, both as a Jazz pianist and a classical accompanist. During a voice jury two years ago, my music actually blew off the stand, forcing one of the judges to run and pick it up. Other times, I’ve forgotten charts altogether and have tried to read on with a bass player or drummer.

By having music “together,” I mean having all of your charts or notes in some sort of organized binder. Ideally you’ll have 2-3 page tunes taped together in a way you can easily unfold while on the bandstand. If you have a lot of music, you’ll probably want to mark the pieces you’re planning on playing with sticky notes or paperclips. I’ve caused many awkward pauses by frantically flipping through my Real Book while the rest of the band waits to start the next tune. If you spend five minutes marking your music ahead of time, this will never happen to you! If you’re bringing music for others to read, double-check to make sure you’ve printed enough copies. Is everything transposed correctly? I can remember many combo rehearsals where I essentially ran laps between the printer and the studio, trying to find parts in the correct key. The rest of the group had every right to be annoyed at me, as I should have double-checked that before putting the parts away in the first place.

This might seem like a lot at first, but at most these details will take another 5-10 minutes to address. After a while, it starts to feel as natural as putting a cap on the toothpaste before you leave the bathroom, or doing the dishes before going to work. And if you develop good pre-gig habits, you won’t have to experience the embarrassment I did throughout my college career!